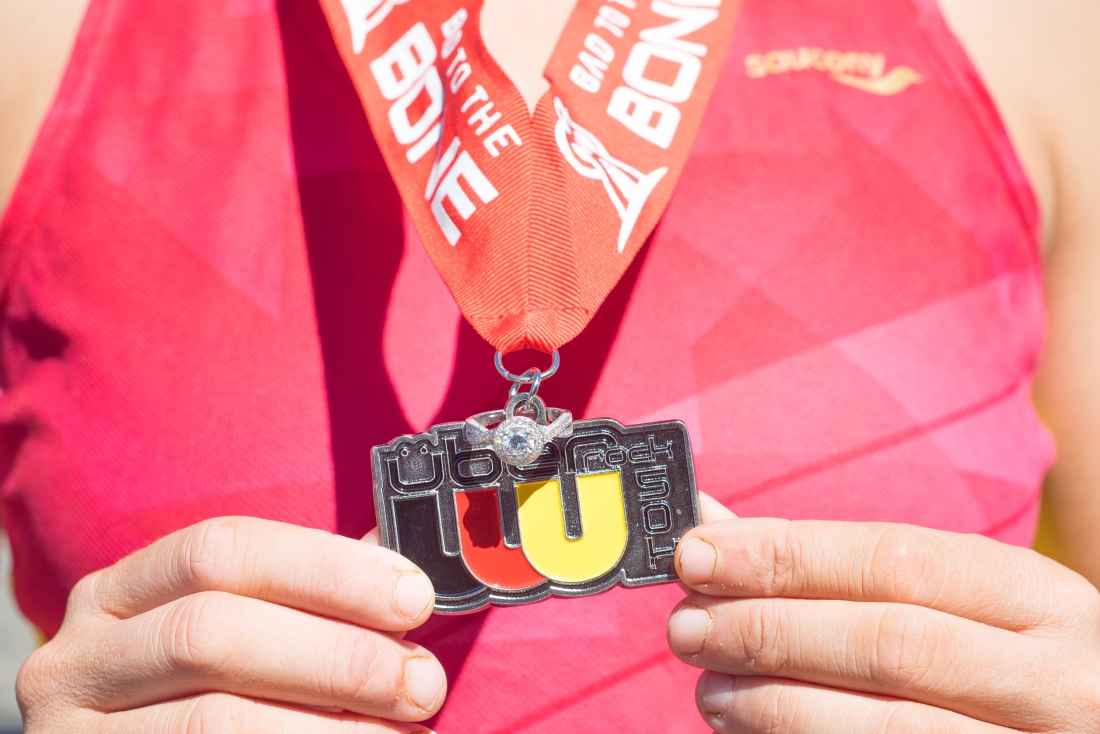 “What are you doing here?”

Yeah… not the reaction I was expecting when I flew across the country to surprise my girlfriend at the finish line of her 30 mile race, but totally worth it to have our pretty awesome proposal story.

So let’s go back…

In May my girlfriend Rebekah, signed up to run an ultra marathon with her brother in Auburn, California. The Ultra Race of Champions (UROC) invited 25k, 50k and 100k racers out to the hills and trails of Auburn to test themselves in what is truly a test of strength, stamina and mental endurance.

When she told me she was going to do this race, we started chatting about how much traveling I would have to do in September: Riot Fest Chicago from 9/16-9/19 and then this race 9/23-9/25. Bek immediately said I didn’t have to go to the race because it would be a lot of traveling in a short period of time, and it would be expensive to travel for me to crew the race.

For those of you who have never experienced an ultra marathon before, it’s a lot of work for the crew the minute or two the runner hits an aid station, and then an hour or more of waiting at the next aid station. AKA lots of nervously wondering how your runner is doing. Bek didn’t think it was necessary for me to go since her brother’s girlfriend Lindsay, would be there to help her. I pretended that I was ok with this, but this would have been the first ultra of Bek’s I didn’t go to, and I wasn’t ok with that.

Fast forward to the beginning of August and I had my proposal plan outlined: get her dad’s permission, buy ring and book flights. For the general proposal, I knew I would do it at the finish line when she crossed, but the exact how and what I would say, I’d figure out when I got there.

Everything pretty much went as planned: dad was very happy, ring purchased from Jewelry by Jakup, flight out booked for Friday night and I was able to get on Bek’s flight home.

Once I got back from Riot Fest, I knew I would have to start laying it on her about how bummed I was that I couldn’t be there for her race and that I wish I could go out there. In reality, I couldn’t wait to get to Friday night.

She flew out Friday morning and I immediately started stressing about everything. Not knowing what the finish line looked like, I panicked that she would be able to spot me out of a crowd based on my outfit (yes, I probably overthought this one a bit). So I ran out to Dick’s and got a whole new outfit just so I could make sure she wouldn’t be able to spot me.

After unpacking and packing three times over, I grabbed the Uber to JFK and put the plan in motion. At six o’clock I would text Bek letting her know I was going over to our friends’ for drinks and shenanigans hoping that if she texted me, she would understand why I would be slow to text back.

After a nearly three hour ride to the airport I blew through security, got right on the plane and shot her another text to hopefully buy some time that she wouldn’t text me in the next six hours. 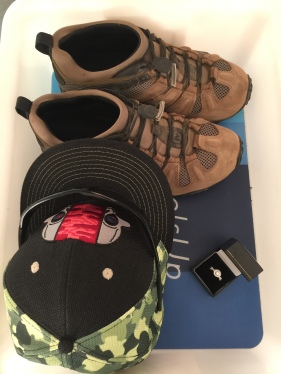 Sure enough, when I landed I had several texts waiting for me with the last one reading, “Are you there?” I texted her back nearly 90 mins later with the cover story:

I ended up getting an Airbnb for the first time ever and immediately crashed knowing Bek would be calling me in a little over four hours.

Sure enough I woke up late with a missed call, voicemail and several texts from her. I immediately called her while I was still half asleep trying to pretend that I was up for a while, since it was after 7 am back home and we can barely sleep past 6:30 most mornings.

I quickly got up, got an Uber to her race and then had about five hours to plan. Planning involved a quick photo shoot naturally: 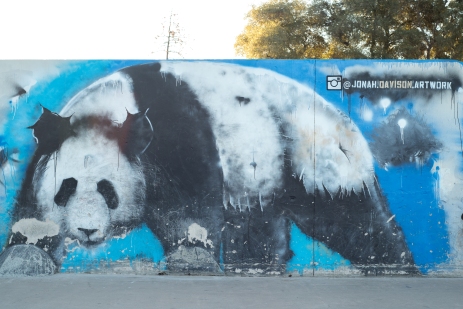 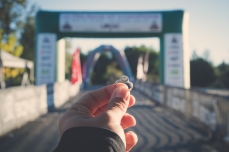 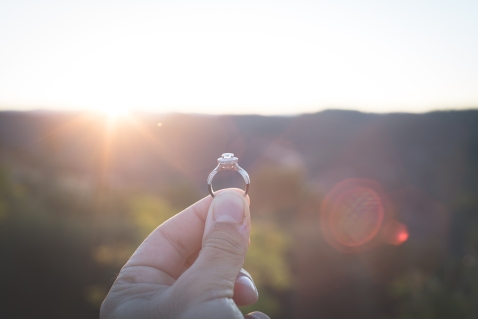 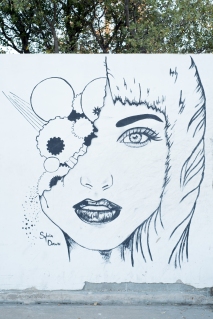 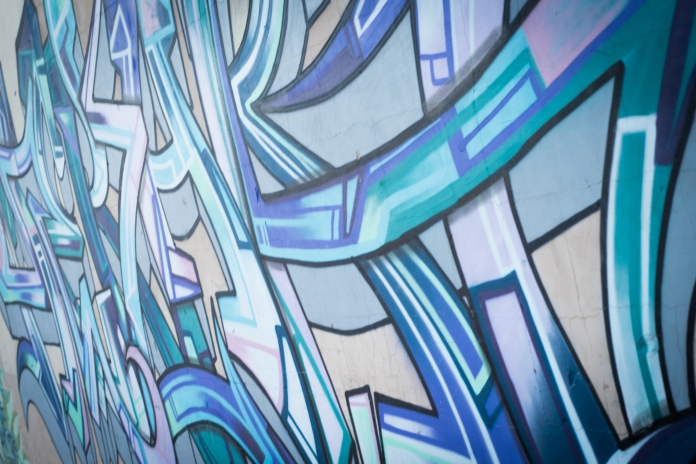 The race director and volunteers were super helpful and knew about the plan as soon as I got there. Whenever they could, they were giving me updates on her status so I could be ready when she was approaching the finish line. Five hours of waiting became 15 minutes real fast. After the first place girl came through I was thinking Bek would be shortly behind – about three to four girls back.

Nope. Bek ended up getting faster as the race went on and popped up on the hill about 10 minutes after the first place girl. I managed to get a quick picture from behind some bushes and then she ran past me into the corral. 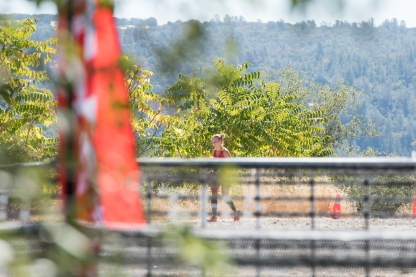 It was go time! I put the camera down, ran up behind her and as soon as she crossed the finish line I called her name.

Her response: “What are you doing here?”

I told her that I couldn’t imagine missing one of her races and then she fell into my arms. Not sure if it was exhaustion from running 30 miles, or the fact that she was so happy to see me. But then came the reason why I was there.

Earlier this summer after returning from a walk, I said to her, “I have a crazy idea,” but before I could even tell her my idea she yelled “Yes!” thinking I was about to propose.

Now back at the UROC finish line after I said I had a crazy idea, she was thinking I was going to tell her to go run back out on the course and find her brother. But instead I had a better idea – that we should get married.

I am very happy we have the video of the rest, because it got a little blurry, but you can see the rest for yourself:

I’d like to quickly thank Francesca from UROC, Pamela for the crash pad, all of my Uber drivers and Lindsay for being my person on the inside. You all made this plan possible – thank you!

Bek and I already can’t wait to plan our wedding, but I know if I’m ever going to surprise her again, it better be just as good as my proposal… Shit.